JUST-IN
Give them! Actress Iyabo Ojo’s daughter, Priscilla Ojo...
Nollywood actress Eniola Ajao stuns in dazzling hot...
Watch: Kizz Ernie releases the visuals for ‘Jeje’...
Onikate Lamiji celebrates birthday with stunning photos
Pretty on fleek! Onyensoh Chinenye steps out in...
Blogger, Adeola Omoye stuns in new makeup photos
Exotic Strippers presents The Finalist Party for MAPOLY...
OMG! Bobrisky reveals one of his sugar boys...
Hurray! My immediate younger sister, Princess Romola is...
The winner of our monthly giveaway is….
Home News When ‘rides or dies’ start tearing pants and bras! All you need to know about the ‘infamous’ fight that broke out between Ugochi and Kanyin during Summer
News

When ‘rides or dies’ start tearing pants and bras! All you need to know about the ‘infamous’ fight that broke out between Ugochi and Kanyin during Summer 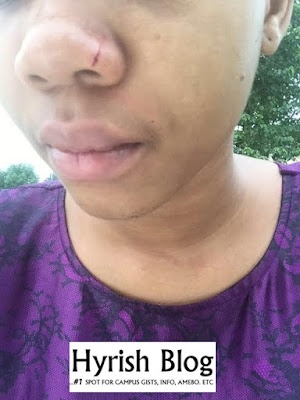 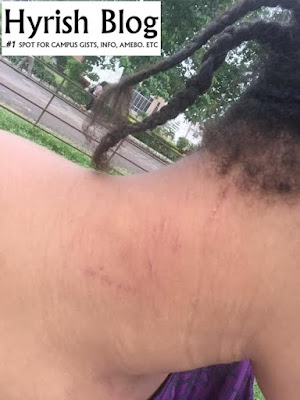 Okay, to understand this gist, you have to read patiently and not hastily. So this very huge fight broke out between two female students, Ugochi and Kanyin. Apparently, these girls used to be friends but the going went bad. According to a source, Ugochi had a birthday party in a club outside school where she invited 30 guests but didn’t invite any of her Babcock friends.

So while at the club, Ugochi and Kanyin were seated beside each other on different tables but came differently, Ugochi then purposely set leg for Kanyin which made Kanyin pissed and that’s where the fight started where they almost went physical but had to control themselves because they were in public.

According to another source, Kanyin playfully poured wine on Ugochi’s head which made Ugochi pissed. SMH

*Now, we have two sides to the club drama*

Fast forward to when they returned to school, Ugochi started raining curses on Kanyin and ended up cursing Kanyin’s mother which obviously didn’t go down well Kanyin hence, the pictures you see above. It was reported that the fight was huge and even continued in the hall reception.

The security officers got involved and while Ugochi was in the ambulance, Kanyin was still beating her (yeah cos Ugochi landed in BUTH after a nasty beating from an angry Yoruba girl). Now, a source is revealing that the fight is over a married man and Kanyin has been accused of casting Ugochi in the now ‘infamous’ IG casting (read HERE). However, Kanyin has denied the allegation, saying she’s too  busy for that ‘shit’.

According to multiple sources, the case is currently being handled by the school which makes it a sensitive issue. Do your best to shy away from this complicated drama abeg.

DISCLAIMER:
Hyrish makes no representations to the accuracy or completeness of any information on this post (information sent/submitted, or reliability of source). Reliance on data & information provided is the sole responsibility of the reader & at his/her own risk. Hyrish will not be liable for any errors or omissions in this information including graphics, links & text, nor for the availability of this information. Thank you!

BUSA Vice-President, Ibukun Joyce talks about how her...

lol choi… this is saadddd! Babcock will apparently loose two pretty girls to the arms of expelssion

expelssion??? loose???. Babcock will lose Mr F to the arms of failure